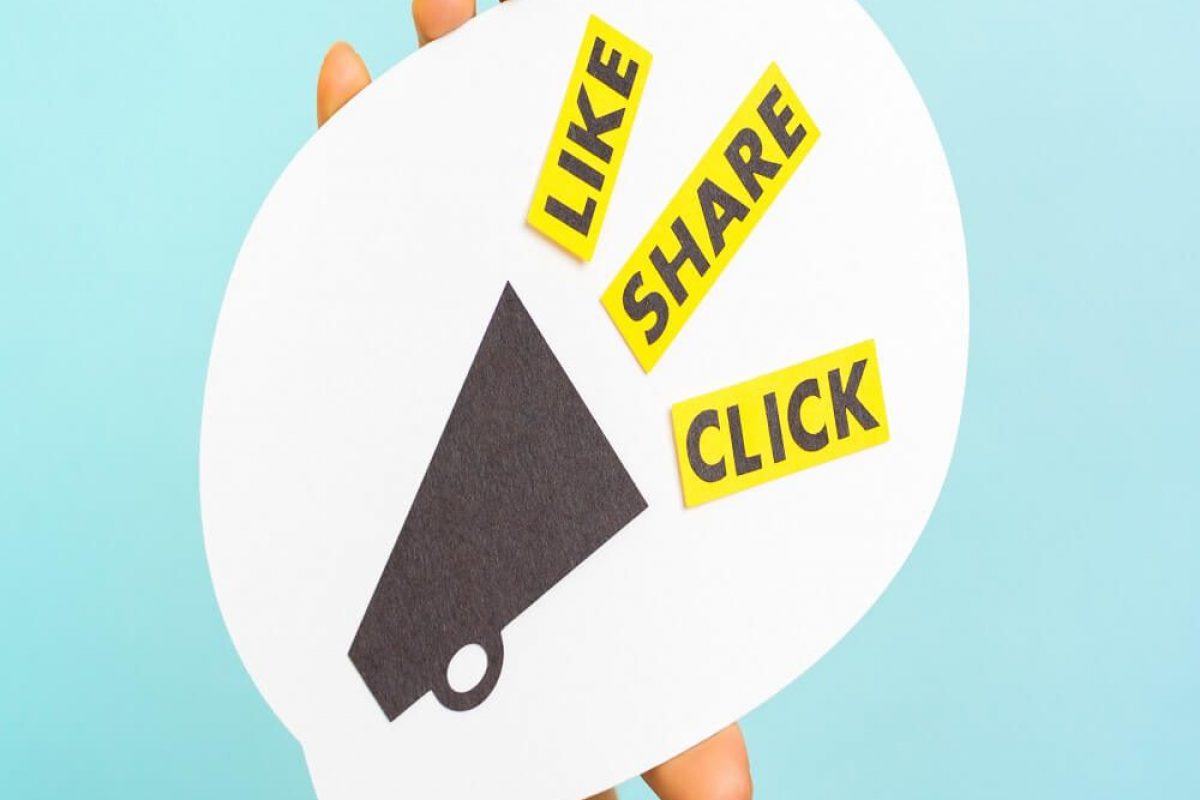 Users sharing your content is so powerful that statistics show 71% of customers will most likely convert based on friends’ recommendations.

That is the impact you want your content to have. But creating such shareable content requires a different set of skills.

That’s what we’ll be breaking down here.

Let’s dive in and digest how you can turn from making content worthy of a few likes and comments to ones that will receive shares and retweets. 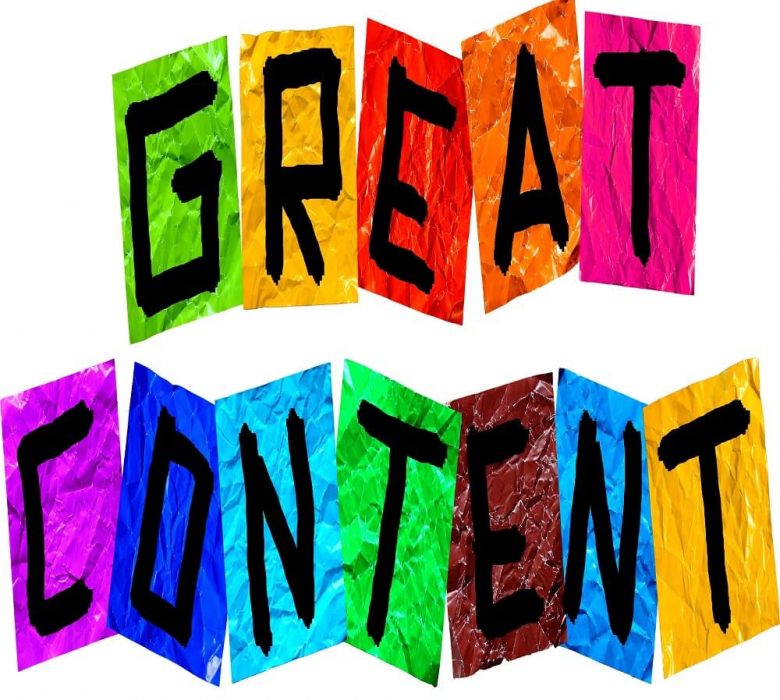 Delivering online content serves two purposes. One, you want the SEO benefits of having tons of relevant content online. Two, you want organic marketing traffic that will boost sales and drive revenue.

Before social media, most content was created for search engines. However, with social media exploding and 93% of marketers currently using Facebook as their primary channel, content creation and marketing have taken on new demands.

The most notable change is a drive towards relevant content that the audience finds valuable. In the days of search engines, all you had to do was stuff keywords and technical jargon that would index your page higher.

Today, the audience demands content that adds value, answers their questions, aligns with their values and opinions, and is actionable.

Such content has massive potential to be shared by your audience, which is a powerful driver of sales and SEO. Statistics show that sharing by word-of-mouth accounts for 13% of sales and about $6 trillion in annual global spending. 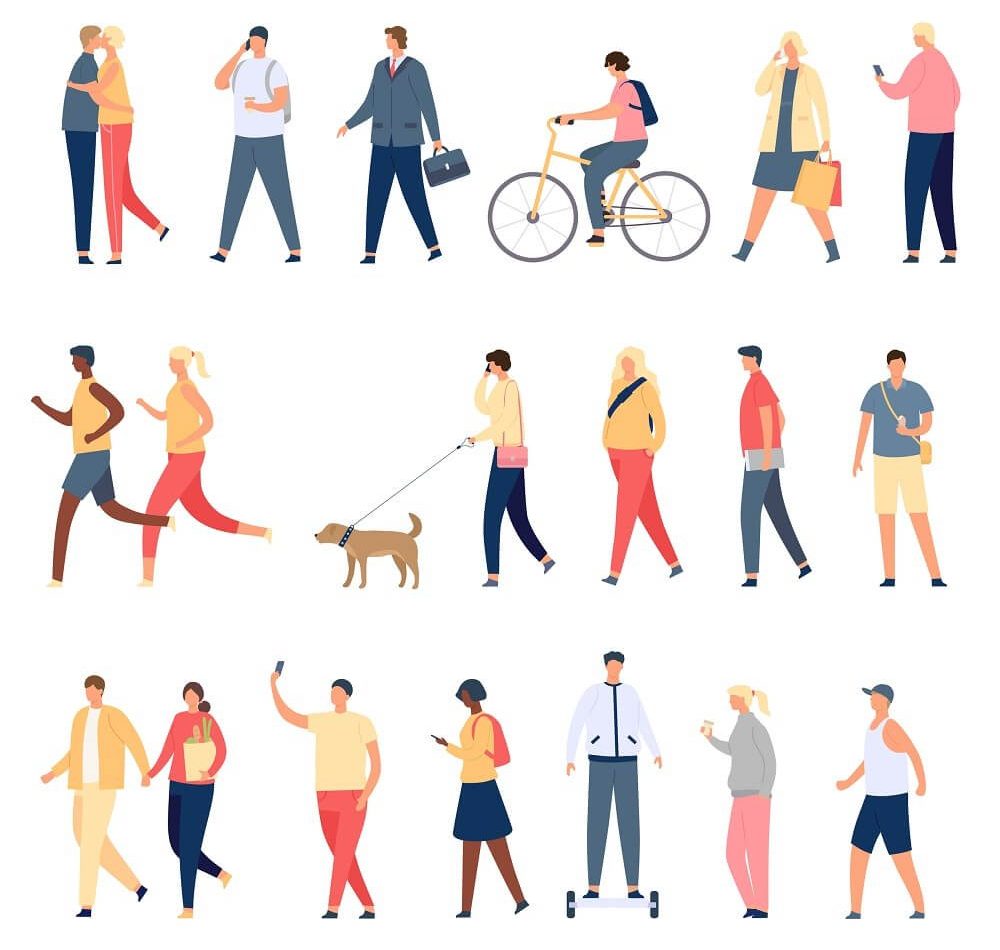 The primary reason is that people love being helpful to others.

This intrinsic desire is backed by science. A 2013 study showed that the temporoparietal junction (TPJ) lights up whenever we encounter great ideas and share them with people. We do this to bring value and entertainment to others.

People also share content to grow and nourish relationships, define themselves, self-fulfillment, and spread the word about causes they believe in or brands.

Understanding these innate human desires can make you an influential content creator and marketer. 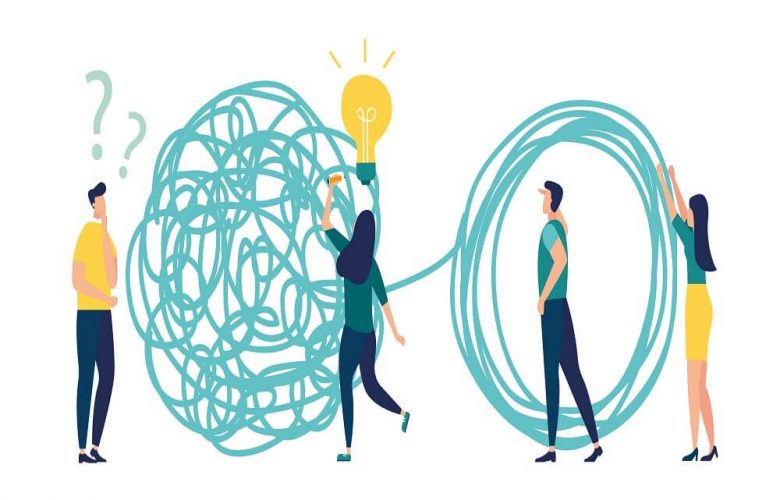 Why is Content Sharing a Challenge for Business Today?

This doesn’t mean content no longer cuts it. Instead, brands now have to level up their game to get better and more promising results out of their content strategy. Let’s see how. 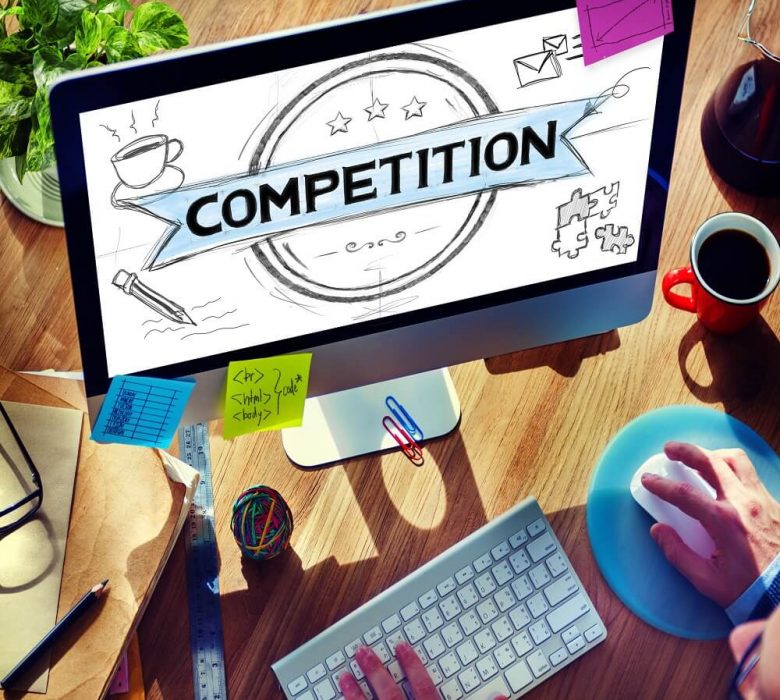 Take a look at what’s being shared now. Something trendy or captivating is always keeping online users on their devices.

Also, look at what your competition is doing and how they’re engaging their audience. Employing this strategy gives you great insight into the content you should deliver.

You can take the following steps to perform competitive research:

1. List your top five competitors and the social media channels they’re on. If you’re on the same platforms, you’re directly competing for traffic, and strategy will make a significant difference.

2. Look at your competitor’s six months of published content. Note the type of content they deliver and how the audience engages with it. Also, note any similar content to yours.

3. Take note of the content with the most engagement or shares. Also, look at the ones that performed worst and what made them fall flat.

4. Finally, use the high engagement content to inspire your new set of content. Knowing which relevant topics are also hot on the various platforms will help drive more engagement. 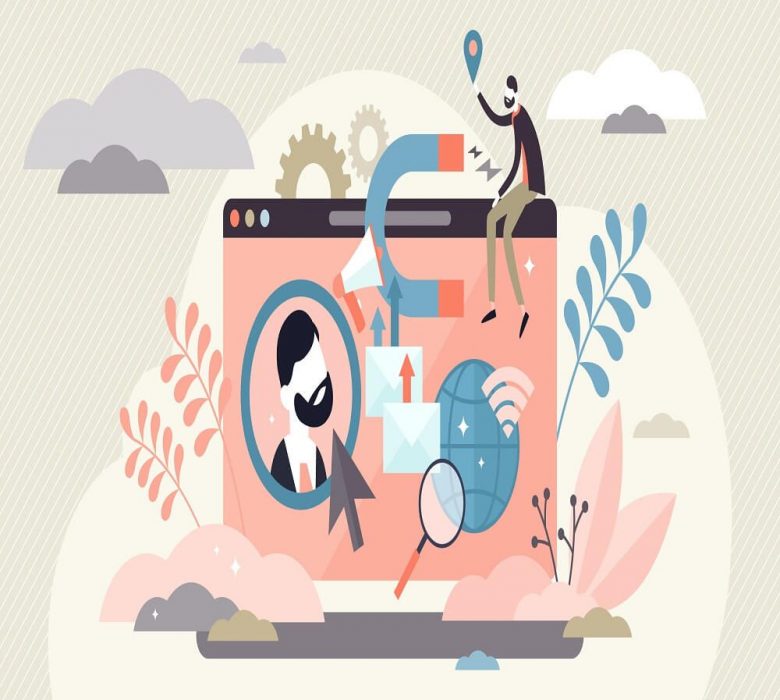 Knowing your customer or reader’s persona is vital in creating content that they will find relevant and engaging. Without a strong and specific customer persona, you’ll be only doing guesswork with your content and its performance.

Having a persona shifts you from writing content you know about, which only circles around your products and company, to content your audience wants.

Typically, a business may have two to five different buyer personas. To turn them into content marketing personas, you need to think of the following:

You should ask yourself more questions to get the best representation of your customer or reader’s persona. However, these should give you the best blueprint.

With the persona in place, you can start curating and delivering more targeted content and effectively use the targeted ad features most social media platforms have to better your content marketing. 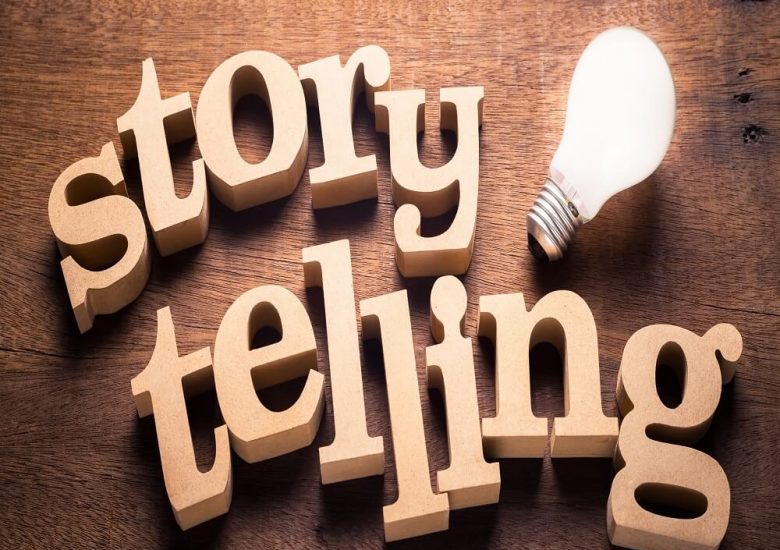 Storytelling is an excellent conversion and ROI driver. According to statistics, 55% of people are more likely to buy from a brand if they love its story. 44% will share it, and 15% will purchase their products or services immediately.

Storytelling is powerful because it captures the audience’s empathy. They can picture themselves and relate to the situation through their day-to-day experiences.

So, how do you create content that tells a story?

The key is ensuring it has a clear direction from the beginning, the middle, and the end and is relatable to the audience. Here’re a few tips you can use:

You can also take a literal approach to storytelling, just like Fender did in a Facebook post when it wished famous singer and songwriter Bruce Springsteen a happy birthday. 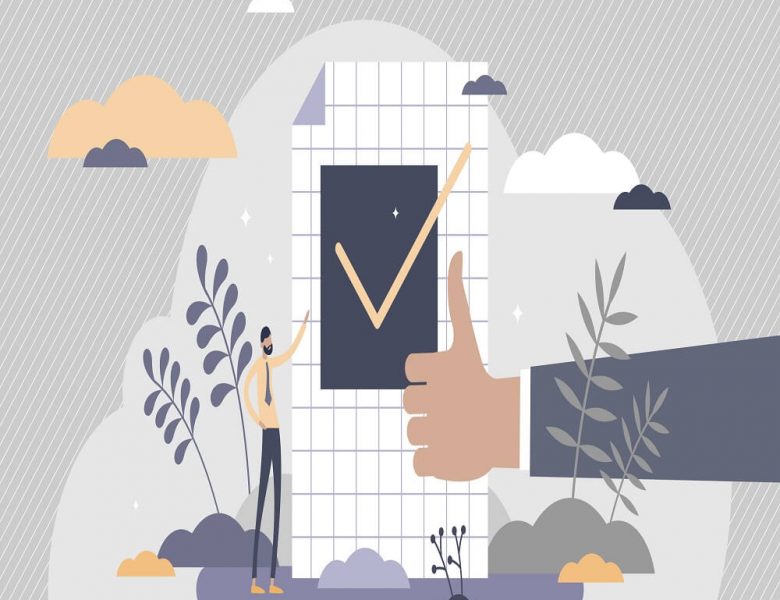 Validate the Opinions of Your Audience

Validating your audience’s opinions within your content makes them more eager to share it with others. It acts as proof from a reliable source, your brand, that their views and ideas are correct.

Creating content that aligns with the values and opinions of your audience needs employing the following strategies:

Tapping into your audience’s beliefs can also happen through other people’s content. A good example is this Facebook post from Girl Develop It. They did not write the shared article.

However, it aligned with the belief of their audience, an enthusiastic group of people dedicated to teaching girls and women how to code. 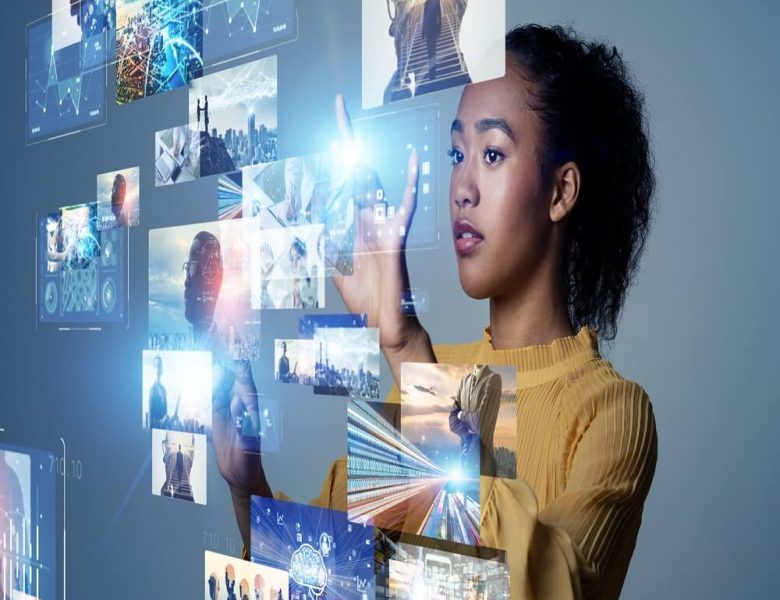 Compelling visuals are the extra sauce that makes marketing effective. Statistics show that 70% of companies are investing in content marketing, including visual marketing, with video being the primary form of media.

The brain also processes visual content better and faster compared to text. Compelling visuals make it easier for customers to look at content than boring blog posts with blobs of text and nothing to break the monotony.

Since they’re more receptive to visual content, your audience will be more incentivized to share it with others.

You can add great visuals to your content through video, images, and graphics. 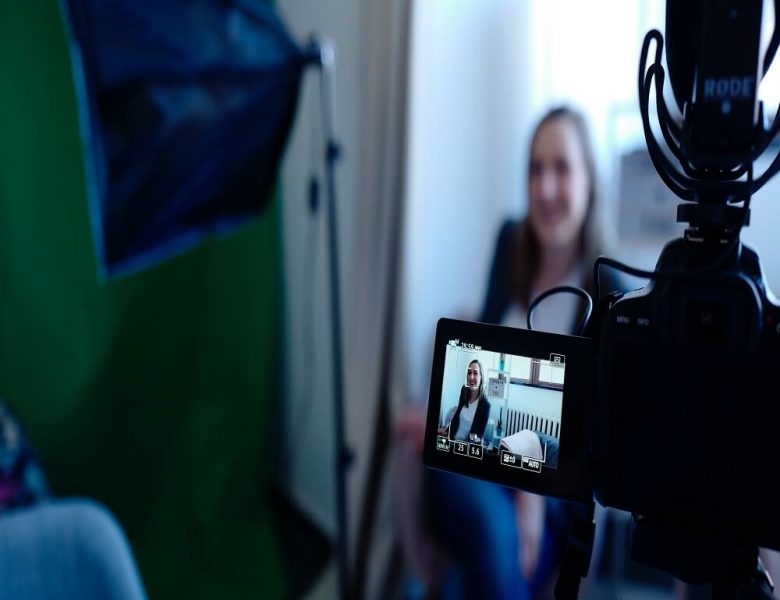 Influencers are not a fad, at least if you know how to use them properly. Celebrities have played a significant role in marketing for decades, with top brands such as Adidas, Nike, and Beat by Dre investing millions in celebrity marketing.

But your everyday celebrity and social media influencer are two different people. A random movie star or famous artist is not considered an authority in most industries.

For instance, a movie star may not be considered an authority in the car industry. Thus, having them market a new vehicle may not compel the audience to trust their marketing words for it.

Influencers have a different touch which the modern consumer wants.

Social media influencers, otherwise known as micro-celebrities, speak to a highly targeted audience. A fashion commentator has a strictly fashion-crazed audience. Having that influencer speak about your nail polish line will get more people talking about it, thus sharing it widely within their circles.

Even celebrity endorsements, on a larger scale, are now more targeted. Brands are advertising with celebrities celebrated within their industry. A good example is Nike’s campaign with Olympic marathon legend Eliud Kipchoge.

By using figures trusted within your industry, you also improve your brand’s trust and validation. Thus, you should aim for quality and relevancy when selecting influencers to promote your brand’s content. 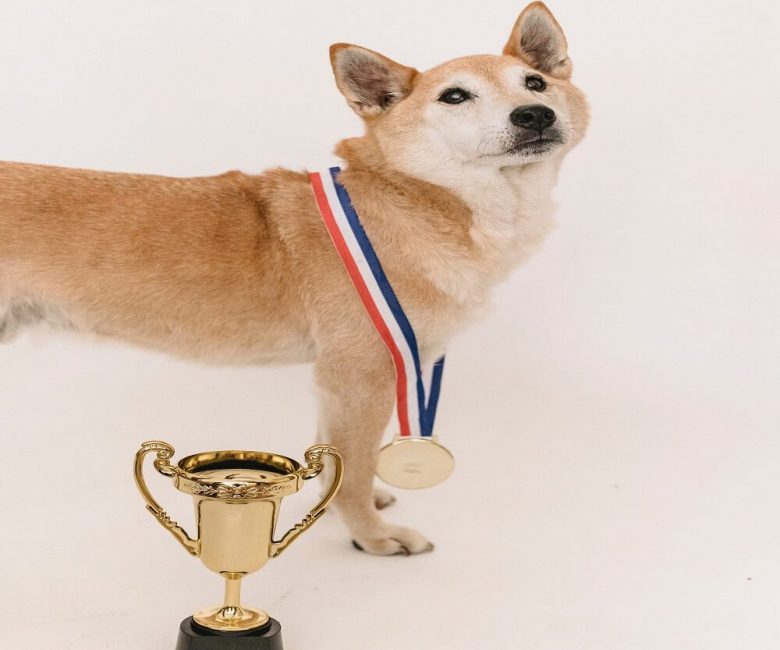 Three of the most engaging ways to improve content engagement online are through contests, coupons, and user-generated content (UGC).

Contests with an incentive to share compel users to spread your content far and wide. For small businesses, the price doesn’t have to be enormous, just something desirable to attract your audience, such as a free branded T-shirt.

For businesses very tight on budget, you can decide to only give away one major prize at the end of the contest, with a few smaller prizes to be won in between to keep the audience engaged and hopeful.

The smaller prices can be awards your business can afford, such as small discount codes or coupons.

However, the most potent engagement driver is user-generated content. Millennials top the charts, with 86% stating that UGC informs them positively of a brand’s quality and service.

Airbnb is an excellent example of a company that has driven great engagement through user-generated content. Their most engaging images on Instagram come from their users.

Have the Right CTAs and Social Media Share Buttons

If you want users to share your content, it should have the least friction. Friction bars users from sharing content, and it presents itself vividly through poorly designed and placed CTAs and social media share buttons.

An efficient CTA drives your audience clearly towards an action you want them to take. The more specific the ask, the more likely they will act.

CTAs don’t have to focus on sales solely. You may want your users to take other actions such as signing up for a newsletter, downloading an e-book, subscribing to your channel, or sharing your content. Despite not directly contributing to sales, these actions still benefit your brand or business.

If you want your CTA to encourage your audience to share your content, it needs to be clear, concise, and one step. 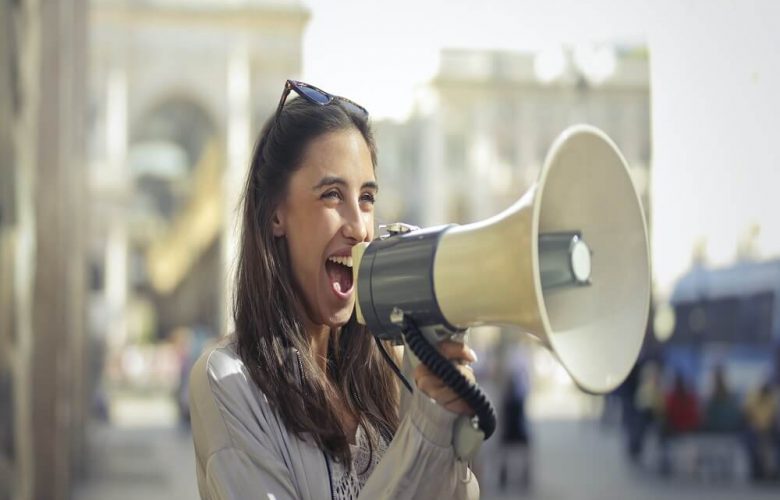 It is not impossible to get people wanting to share your content online or through word of mouth. You have to write compelling content and deliver it through reputable channels. Using reputable channels earns your brand social proof that appeals to your target audience.

That means you should look into having industry influencers promote your content.

Also, invest in contests and user-generated content to create compelling campaigns that they’ll share far and wide. Using easy-to-follow CTAs and a panel with social media share buttons will reduce the friction of sharing your content.

Get the help of a professional today and transform how users engage with your brand.

Do you agree with How to Create Content Your Audience Will Be Eager to Share? Or is there something missing, or you would like to add?? Would love to hear from you in the comments – any feedback is greatly appreciated.

Want to Talk Copywriting or SEO?

Would Love to Hear
from You! 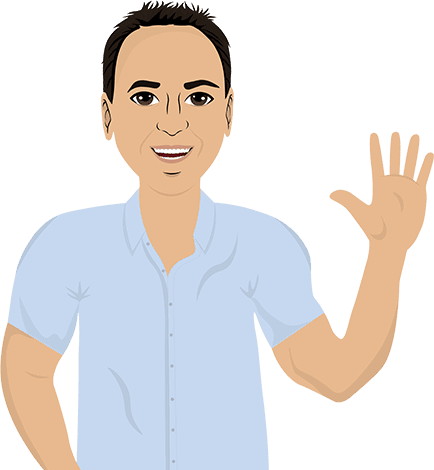 If you want me to help you with Copywriting, just book a call.